Aussie abs are aplenty as Australia’s Thunder From Down Under  is now back on the Thunderland stage at the Excalibur Hotel & Casino.

2021 is the time for some hot Australian redemption with Las Vegas’ favorite Aussie blokes, who are back and bigger, badder and aussier than ever before.  It is time to revisit for birthday celebrations, bachelorette parties, and those fun girls’ nights out at Thunder from Down Under.  Tickets are now on sale for 14 shows per week at the Excalibur Hotel & Casino.

Thunder co-owners Adam Steck & Billy Cross agree that, “2020 was a tough year for Las Vegas and we can’t wait to come back stronger than ever in 2021 and bring the Las Vegas nightlife back to light.” They promise, that , “Thunder From Down Under will be returning like never before, and we can’t wait for our audience to experience our most intimate show yet.” 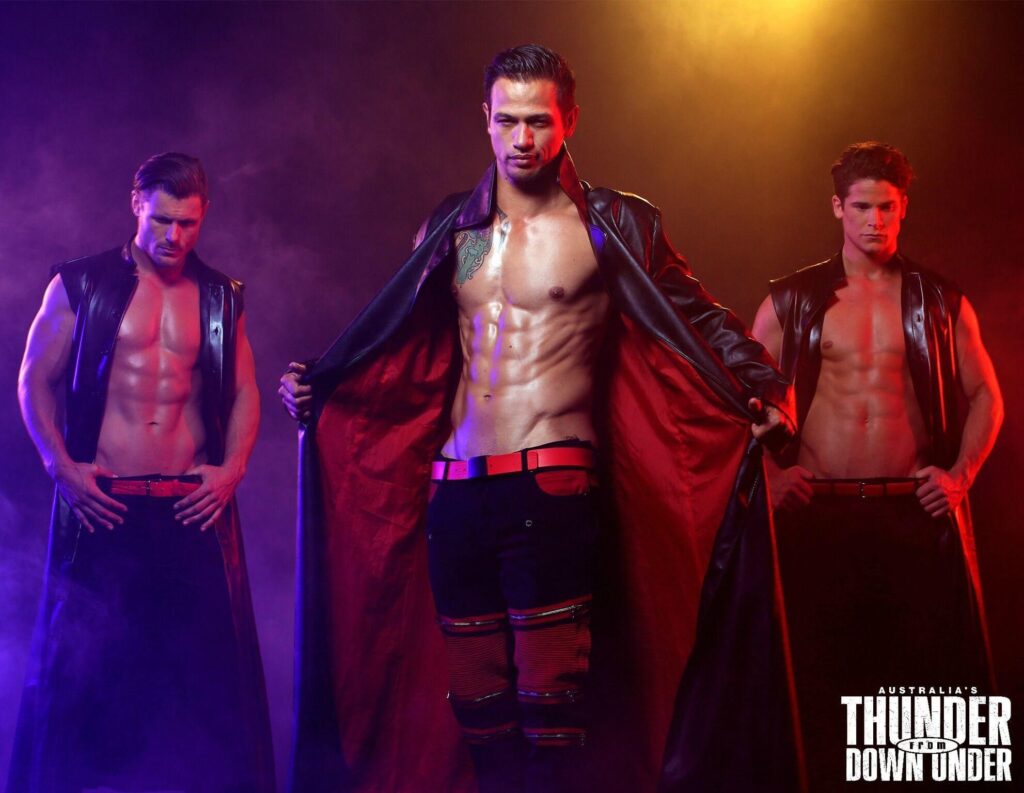 The health and safety of audience members, performers and our team is paramount, so in line with applicable regulations, the Thunderland Showroom will be operating at a smaller audience capacity per government policies. Seating will be  limited to 50 guests per show.  In addition, they have applied strict safety protocols which meet, and in most cases exceed, government regulations.  A full list of guidelines can be found at Excalibur Vegas.

To join in on the fun, go to Thunder From Down Under for ticket information.  Or check them out on  Facebook and Instagram. 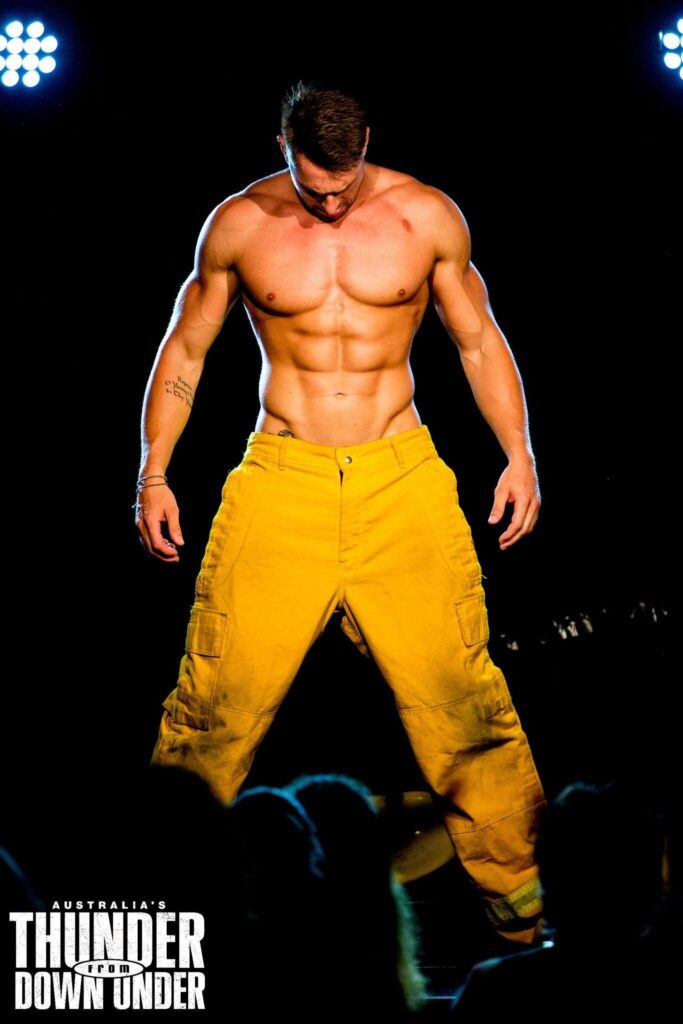 About Australia’s Thunder From Down Under

A first-of-its-kind innovator in the male revue genre, Australia’s Thunder from Down Under was created in 1988 by Billy Cross, CEO of Cross Promotions International. It proved to be a hit in his native Australia, fueled by a deluge of media buzz including a major profile on “The Phil Donahue Show.” 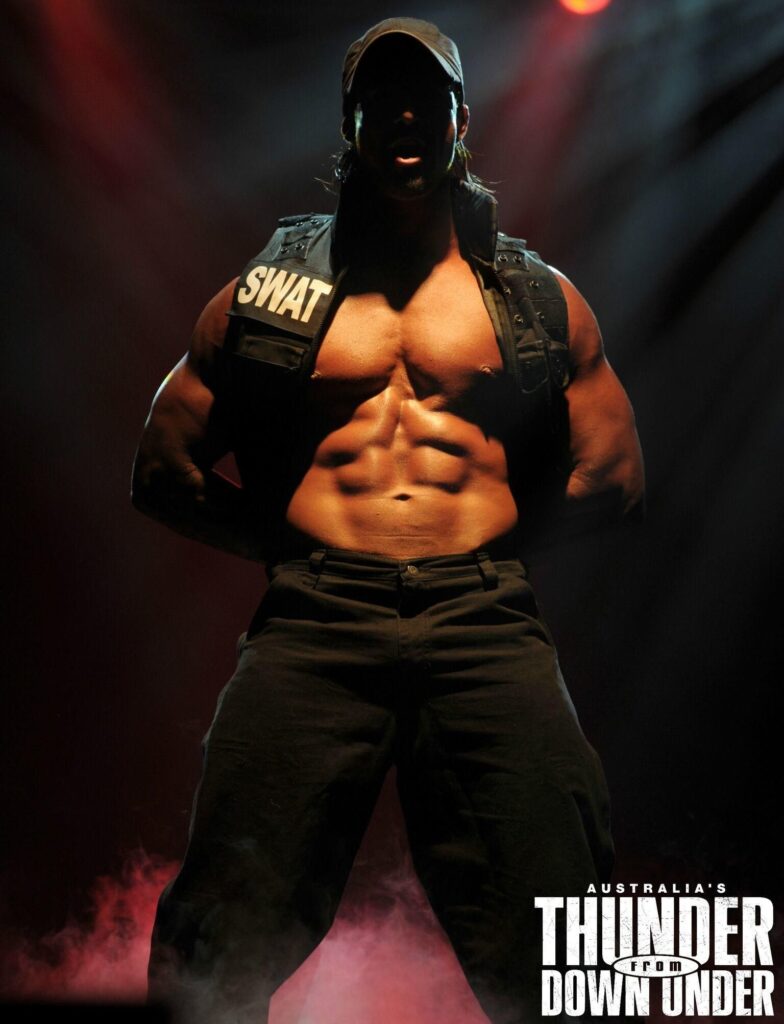 After touring the world, Cross brought the show stateside in 1993 to Las Vegas’ Stardust Casino, where it remained for seven years. It was then that Cross hit it off with SPI Entertainment Founder and CEO Adam Steck, who attended the show at the Stardust one evening in 1999. From there things only accelerated.

The two joined forces to build and develop Australia’s Thunder from Down Under into one of the most seductive, alluring, and enduring attractions on the Las Vegas Strip. The go-to destination for bachelorette parties, milestone events, or just a fun girls’ night out, the show’s long-running residency at the Excalibur Resort and Casino began in 2002. The show has since become entrenched in American culture with dozens of national television appearances (and numerous celebrity attendees—including Britney Spears, Demi Moore, Kelly Clarkson, and Jessica Biel among others). 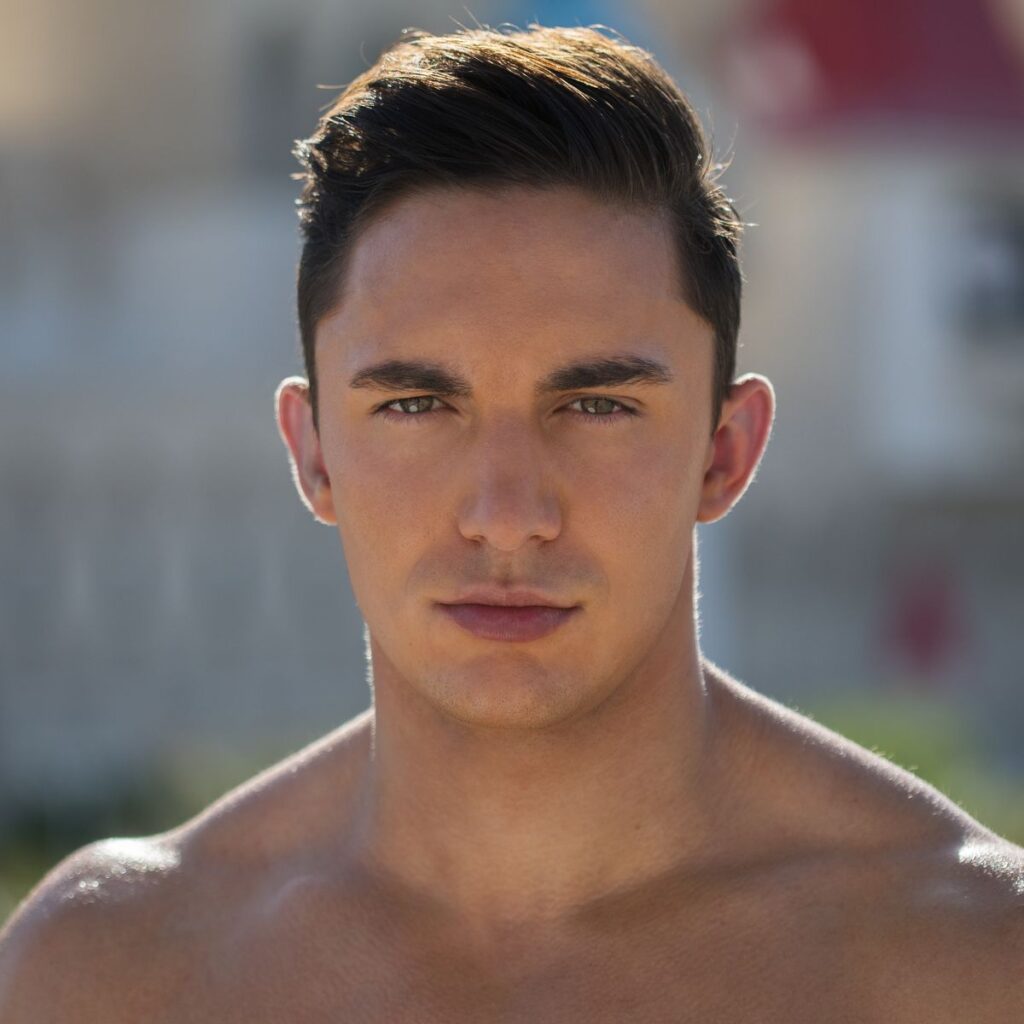 Today, Australia’s Thunder from Down Under is much more than a show—it has become a sensationally scintillating global brand. Cross and Steck have made Thunder From Down Under the Number one male revue show in the world—and with tours in Germany, Ireland, Holland, Australia, New Zealand, South Africa, Canada, Guam, Thailand, and Macau, among others, the powerhouse duo have propelled Australia’s hottest export to international acclaim.

Photos Courtesy Thunder From Down Under

Vegas Uncork’d by Bon Appétit – A Taste Like No Other

April 13, 2018 Stephan Martin Events 0
If you ever wanted to experience food from some of the finest chefs in the world all in one city for four fabulous days, there is really is nothing that can quite compare to the […]

May 17, 2019 Stephan Martin Events 0
The 13th annual Vegas Uncork’d by Bon Appétit, presented by the Las Vegas Convention and Visitors Authority, kicked things off on May 9th as Chef Bruce Bromberg sabered a magnum of champagne at Boulevard Pool […]

July 10, 2019 Stephan Martin Restaurant Reviews 0
One of the saddest parts of Monte Carlo transforming into Park MGM was seeing the iconic Diablo’s Cantina disappear. Diablo’s was reintroduced at Luxor, but other than the name, it is a completely different restaurant. […]